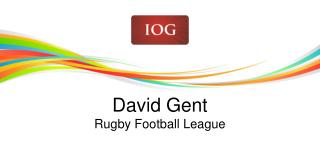 David Gent Rugby Football League. Four Seasons Rugby League. The move from winter mud to summer grass. Big debate picture. The RFL led the debate but stayed neutral in the debate The debate was and is for the Community Game to have. A season structure for all areas of the game. Rugby Law Quiz - . hosted by: tony adolph the quizmaster reserves the right to change his answers at anytime. no

GREAT BRITAIN - . about great britain. great britain(gb)consists of england, scotland and wales. london is the capital of