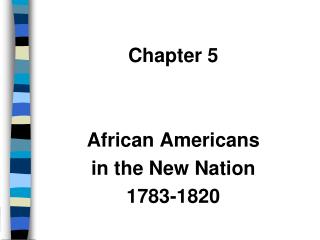 Chapter 21 A Dividing Nation - . read section 21.1 page 285 write the questions and answers in your notes what issue

The Revolution and Emancipation - . what forces worked for black freedom in the first ears after the revolution?. explain