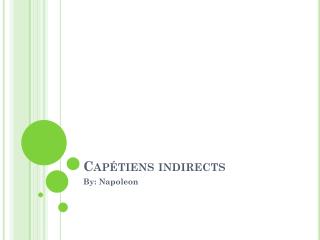 Spreading Indirects - . spreading the indirect costs over the boq. this candy facility allows you to manage the spread of

Marriage is a Private Affair - . by chinua achebe. characterization. method(s) in which an author uses to develop

Working with Cases - 5. working with cases. 5-2. learning outcomes. when you finish this chapter, you will be able to: