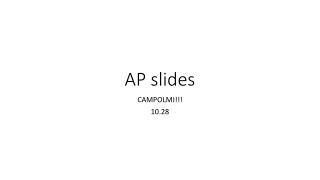 AP World: Periodization - . why do we periodize history?. warm up: break your life up into 3-5 time periods. name the

How to create a P owerPoint slide show from list of photos/pictures - . quick steps to create a photo show. open