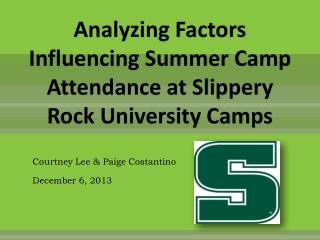 A camp of care - Finding safe, enriching, and affordable summer camp for typical children is often a challenge for

The Rock Cycle and Soils - . chapter 4 addendum. what is a rock?. solid mass of minerals or mineral–like matter. 1.

Caution: - Rocks. caution:. which rock will it stay?. can you figure it out?. from one rock to another. on a recycling