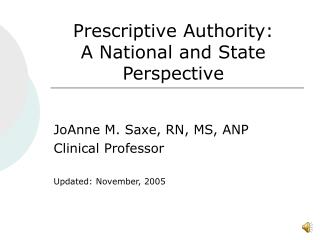 National Online Repository and Community of Practice - . created by free resource funded by cic and the

The challenge of patent governance in ICT Standards, seen from a patent authority’s perspective - . presented at

What is the evidence that governmental authority should be questioned? - . maria renee simon &amp; ana valeria

BY WHAT AUTHORITY ARE YOU DOING THESE THINGS? - . matthew 21:23. on the surface this seems like a good question to ask

Advanced Practice Nurses Where we’ve been, Where we are now, Where we’re going. - Advanced practice nurses where