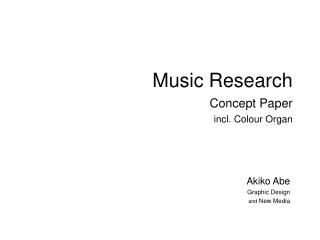 Quaternions and Quaternion Colour Constancy - . quaternions … are a member of hypercomplex numbers are a generalization

8 th Grade Research Paper All research is a process…YOU CAN DO IT, TOO! - . mrs. corder. getting ready for research.