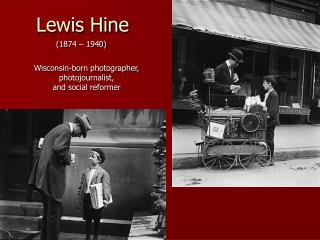 Lewis Hine - . the spread of child

Child Labor/Lewis Hine - . maria and zachary. background information. in 1870 more than 1 million children (between the

The hine Line - . daily facial cleanser. gentle enough for daily use our essential oil blend cleanses, while the organic