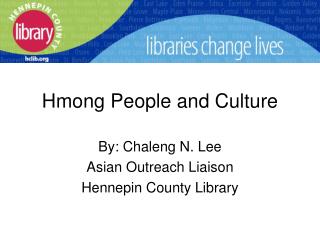 Hmong Culture - . by: jason vallimont. who are the hmong?. the hmong originate from a mountainous area in southern china.

Hmong Americans - By sarah pica hmong people are originally from southeast asia. they lived in the highlands of laos.

The Hmong - . a case study in cultural resiliency. tonight!. where are the hmong? what’s their background? what is

People and Culture of 1965 - . the clothes make the man. just like today, young people let the world know how they wanted