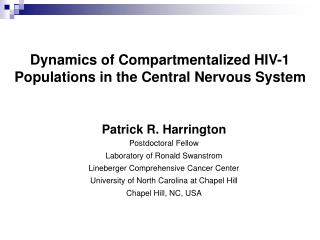 Dynamics of Compartmentalized HIV-1 Populations in the Central Nervous System

Dynamics of Compartmentalized HIV-1 Populations in the Central Nervous System

Coarse Graining and Mesoscopic Simulations - . contents: what are we doing and why? inverse monte-carlo langevin/brownian

STATISTICS - . summarizing, visualizing and understanding data. i. populations, variables, and data. populations and