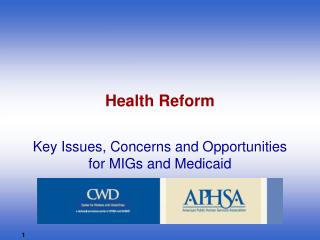 Health Care Reform Where we’ve been Where we are Where we’re going - . medicare. inpatient hospital/ snf/hha/hospice

Leading Through Health Reform - . karen minyard, ph.d. . health reform an overview of the impact of the patient