The Cost of - PowerPoint PPT Presentation 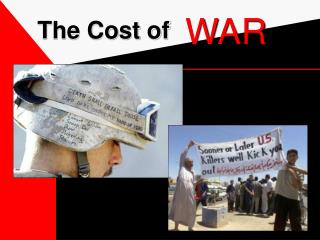 WAR The Cost of “The most significant aspect of our current strategic reality is that the Global War on Terror in which we are now engaged will be a protracted one.” - Army Posture Statement 2005, February 6, 2005 Donald Rumsfeld

CASES – Cost Assessment for Sustainable Energy Systems - . outline of the presentation. what is cases context

Welcome - . this is a power point test prep. each question has one correct answer. which of the following is not a Cost Planning, Cost Control and Cost Analysis - . introduction cost planning and cost control of buildings is not a new