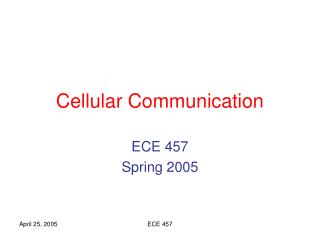 Cell Communication - . its importance. the role of celluar communication is extremely critical in our lives absolutley