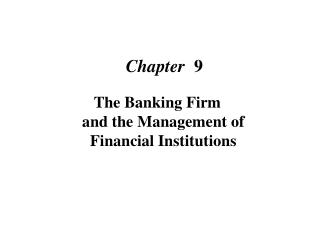 Chapter 9. The Banking Firm and the Management of Financial Institutions. Commercial banks are the most important financial intermediaries in the economy, so it is important to understand how they operate, and understand bank management. THE BANK BALANCE SHEET