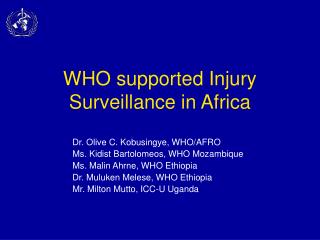 Surveillance sites: ( City of Maputo - all Provincial and Central hospitals n=4) ... Data were channeled from the hospitals to the health bureau. ...

Click on “WinID3” to open program - . winid3 main window. the main screen of winid3 is simple. it contains a file bar