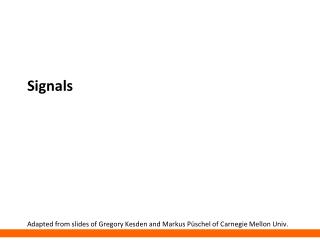 Hand and Arm Signals - . all signals used on the patrol must be planned and rehearsed signals may include: lift or shift

Signals and Systems - . representation of ct signals in terms of shifted unit impulses introduction of the unit impulse 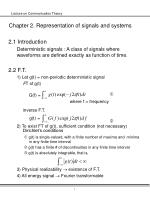 Signals and systems - . ee1205 introduction to electrical engineering the university of texas at arlington compiled by