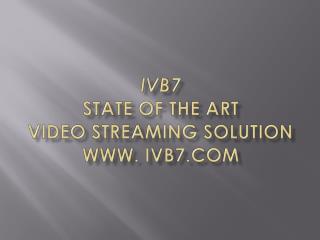 Ivb7 HD Webcasting Equipment:RePlay the Video during the Live Streaming or also RePlay the video immediately after the live program for the viewers who have missed to watch the live program.For Details Visit http://ivb7.com/webcaster.aspx