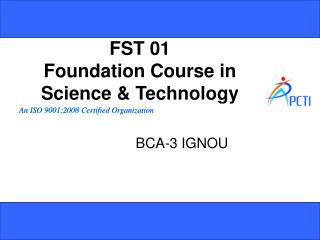 To popularize Science and Technology - A costa rican foundation non governmental organization our aims: to popularize

Why So Few? Women in Science, Technology, Engineering, and Mathematics - . this report was made possible by the generous

AEG Foundation - . name title. the aeg foundation. advancing the science, scholarship and education in environmental and