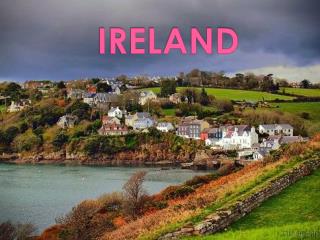 The United Kingdom of Great Britain and Northern Ireland - . a tour of the country. the official coat of arms of the

George D. Kuh Rankings and the Visibility of Quality Outcomes in the EHEA Dublin, Ireland - Measuring what matters:

clothes in different countries - . what do we wear here in ireland?. when talking about traditional irish clothing , a