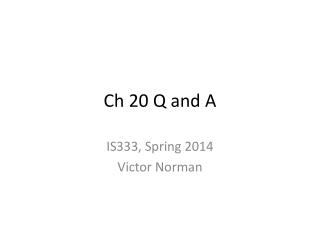 Ch 20 Q and A. IS333, Spring 2014 Victor Norman. Heterogeneous Networks. Q: What is it that makes a network heterogeneous? Do they mean different operating systems, or something else?