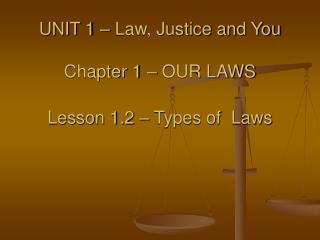 UNIT 1 – Law, Justice and You Chapter 1 – OUR LAWS Lesson 1.2 – Types of Laws. What are the sources of our laws? Created at all 3 levels of government: federal, state, and local Consist of constitutions, statutes, administrative regulations and case law. LAW. Constitutional. Administrative. Driver Safety and Rules of the Road - . chapter 3. do now. do you wear your seatbelt in the car? no or yes explain. do

CHAPTER - . 2. the crime picture. the criminal justice funnel. the value of data. data are valuable and can be used to