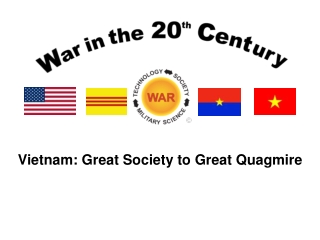 The New Deal vs The Great Society - . similarities. the government is used to enhance society government sponsored

THE GREAT FLOOD - . when, where &amp; why. the great flood. age old story shared by many cultures and religions. the

Great Whites - . friend or foe?. curious and figuring out how to say hi!!!!. did you know that great whites can fly?.

THE NEW FRONTIER AND THE GREAT SOCIETY - . ch 28 sec 1. focus question. what do you know about john f. kennedy?.

Chapter 21 THE NEW FRONTIER AND THE GREAT SOCIETY - . section 1: kennedy and the cold war section 2: the kennedy white

Libraries on the Web : We Have Always Been Here - . “till the great society is converted into a great community, the