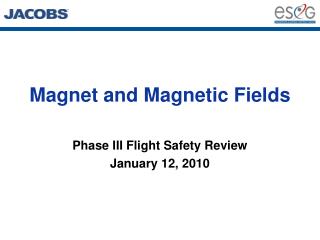 Magnet and Magnetic Fields. Phase III Flight Safety Review January 12, 2010. AMS-02 Magnet. Experiment core is a 0.8T superconducting magnet used to bend the trajectories of incoming particles. Observation of the direction of the bend allows the sign of the particle charge to be determined.

Chapter 28: Magnetic Induction - . section 28-1: magnetic flux. a square loop of sides a lies in the yz plane with one

Chapter 1 MAGNETIC CIRCUIT - . magnetic circuit. it is the path which is followed by magnetic flux. it is basically

Components of MRI - . the strength of the magnet. the effects of magnetic field on loose objects. only mri compatible

Chapter 24 Magnetic Fields - . objectives. 24.1 describe the properties of magnets and the origin of magnetism in

Magnetic Fields and Forces - . ap physics b. facts about magnetism. magnets have 2 poles (north and south) like poles