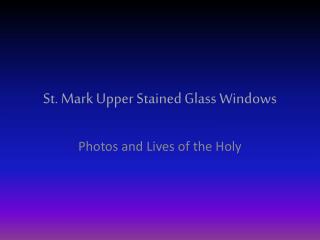 Radiographic Anatomy and Positioning of the Upper Extremity - . intended learning outcomes. the student should be able to

Maintaining, Optimizing, and Troubleshooting Windows 9x and Windows Me - . chapter 7. overview. in this chapter, you will

Get Current Issues for Free - Tell N Sell - Browse for our current issues for free at tell-n-sell. we are free classified

Featuring the History of Holy Eucharist Church, Tabernacle - The catholic community of burlington county. featuring the