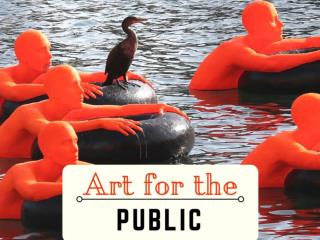 Art for the public

A look at how artists around the world are transforming shared spaces. Photographers captured recent exhibitions and permanent works on display in various locations for all to experience.

Art for the public

Art as Persuasion - . “art is not a mirror to reflect reality, but a hammer with which to shape it” berthold brecht.

The Art of Public Speaking - . chapter 4 selecting a topic and a purpose. choosing a topi c. topics you know a lot about

Public Art - . what is it? what’s its purpose? what is the artists intention?. nikki de saint phalle decorate,

The Role of the Artist as Peacemaker in Community –based Public Art - . short history of mural making. i. cave

Public Art: The Art of Place-making - . a guide to getting your art out there. why have public art?. it builds and