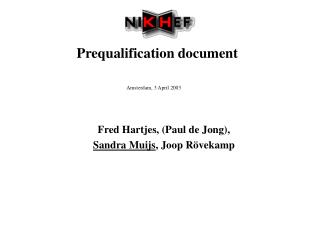 BARKOTEL COMMUNICATIONS PREQUALIFICATION - . company background. barkotel is one of the largest and most prominent

WHO Prequalification of Diagnostics - Who technical briefing seminar on essential medicines and health products who hq,