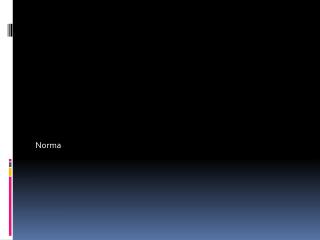 Norma . Integer. An integer is a whole number (not a fraction) that can be positive, negative, or zero. . Rational N umber. a number that can be expressed exactly by a ratio of two integers. . Scientific Notation. Norma Best - . norma best was 20 when she came over to england to join the ats ( auxilliary territorial service – the