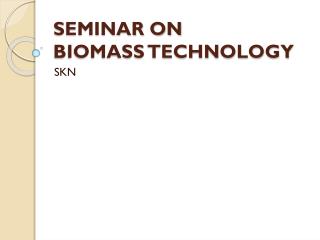 6 Advantages of Biomass as an Energy Source How to get the best of corporate photographers - In this technology driven 21st century, what makes us still wonder is

Renewable Energy-Biomass - . paul and chetta. biomass. the term “biomass” refers to any form of plant or animal

Introduction to Biofuels and Bioenergy - . why biofuels and bioenergy executive order s-06-06 biofuel/bioenergy