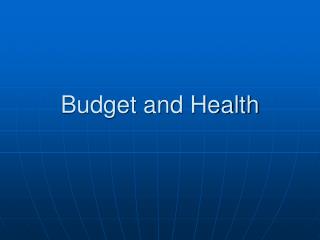 Budget and Health. What two major problems are facing the U.S. government this month?. The closing of the Federal Government because no budget resolution to keep it going has been passed.