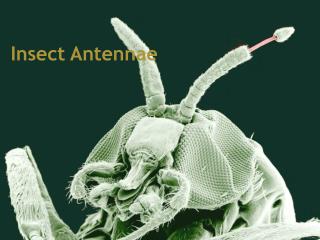 All insects have three main body parts: the head, the thorax, and the abdomen. - The head has a pair of antennae, and a

External Anatomy II Lecture 11 - . segmentation and tagmosis. 6. 3. 11. insect body is divided into a series of segments,

Insect Structure - . why study? . an understanding of the external structure of the insect is necessary… - to allow

Insects - . insects are small animals with six legs . insects use their legs to run, walk, jump, dig, and even sing!.

Insects - . there are 3 basic parts to an insect - the head , thorax (the central portion of the body) and abdomen (the

Insects - . class insecta. most numerous and diverse of all the groups of arthropods. (there are more species of insects

Insects - . 5 th grade. how can you identify insects from other arthropods? . number of body sections (3) number of legs

Insects - . insect bad guys!. you’ll never look at a bug the same. what is an insect?. 3 body parts. head. thorax.

Insects - . chapter 10 section 3. arthropods with three body sections, six legs, one pair of antennae, and usually one or

Insects - . what are insects?. october 30, 06. insects are the most diverse and numerous of the arthropods. 1.1 million

Ladybugs - . what is a ladybug?. a ladybug is an insect classified as a beetle. an insect has six legs, two antennae, two