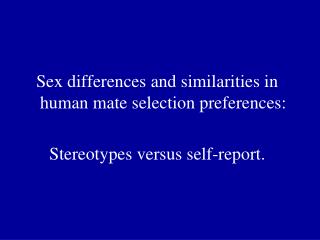 Island Man by Grace Nichols - . lesson objective: to understand the use of structure, language and imagery in island man

Life in the Ocean - . marine biology. the tremendous variety of marine organisms that inhabit the diverse oceanic

Personnel Selection - . u1: the legal context. schedule: wednesday and monday: lecture wednesday, 1/14: exam. so5: why

SELECTION SKILLS - . programme objectives. create an understanding of selection tools and techniques and their