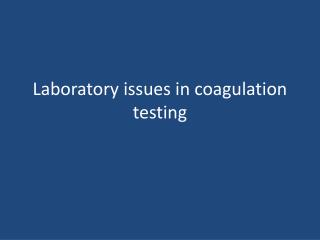 Coagulation Testing - Educational services, edison, nj. coagulation testing. what is it? why do we need it poc?. marcia

Laboratory Issues in STD Testing From the Perspective of The Bureau of STD Control - . jennifer baumgartner, msph preeti