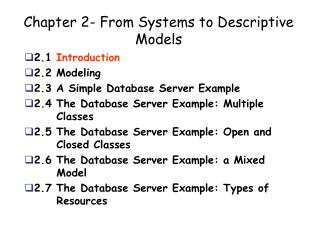 Chapter 2- From Systems to Descriptive Models Chapter 2- From Systems to Descriptive Models

DESCRIPTIVE RESEARCH - . to behold is to look beyond the fact; to observe, to go beyond the observation look at the world