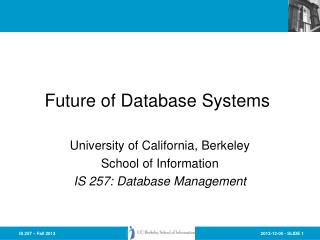 Database II - . goals and objectives. the course goals are to introduce students to the advance topics of databases