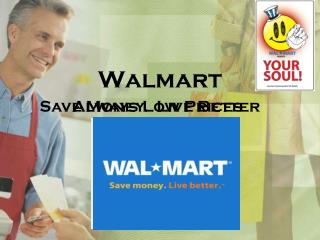 Nielsen Training Materials - . things to remember: ensure you have latest/greatest data..check your email for updates

Walmart Sustainability - . building for the next generation christine tymkiw 10/19/2011. “at the height of this

Exercise - Discussion - . walmart exercise teacher’s statement : walmart is not as good a place to shop as you might

Never-ending Nouns - . a noun is a word that is a person, place, or thing. person place thing man school desk