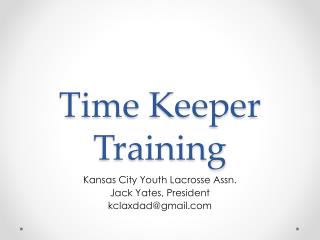 TIME MANAGEMENT - . time : its attributes. time is neutral time cannot be saved for future use each activity requires a

More Than You’ll Ever Know - . to the sick he is the healer and to the lost a compass for your way to the lonely he is

Hosted by: Center for Advocacy and Leadership Training A project of Time for Change Foundation - . presented by dr.

Supervisor Training - . a leader’s job is to look into the future and see the organization not as it is, but as it