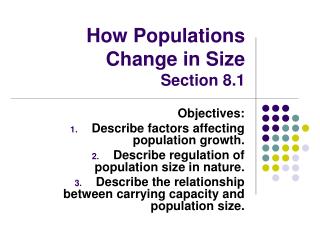 How Populations Change in Size Section 8.1

How Populations Change in Size Section 8.1

How populations grow - . ch 15 b3.5. what is a population. population – consists of all the individuals of a species

Factors Affecting Population Change - . are you dense…ity-dependent?. there are a variety of factors that can cause a

Section 8.1 - . estimating  when  is known in this section, we develop techniques for estimating the population

Limiting Factors and Population Size - . population . all the members of a species living in a particular area. the size

HOW POPULATIONS GROW - . chapter5 section 1 sc b-6: the student will demonstrate understanding of the interrelationships

Populations &amp; Samples - . objectives: students should know the difference between a population and a sample 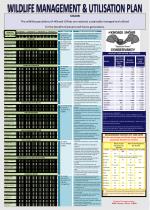 Estimating the Size of the Uninsured and Other Vulnerable Populations in a Local Area - . lynn a. blewett, ph.d. timothy