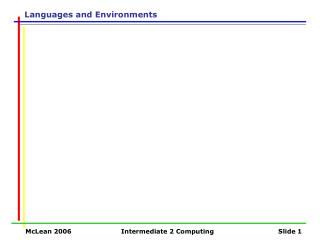 Object-Oriented Language - . managing environments an exercise in the design, analysis, specification, and implementation

Software Development - . languages and environments. computer languages. just as there are many human languages, there