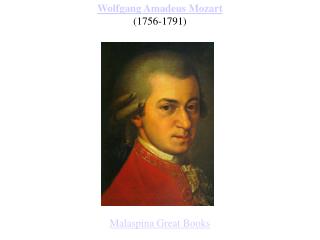 AMADEUS - . a ntikaon m atter a t d a  ne: e xperiments with u nraveling s pectroscopy. 32 nd meeting of the lnf

Cruel and Unusual Punishment - . “excessive bail shall not be required, nor excessive fines imposed, nor cruel and

Mozart - . by riya patel. wolfgang a. mozart. mozart was a prolific and influential composer of the classical era.

Wolfgang Amadeus Mozart - . a musician that changed the world ’ s view on music. his legacy will live on forever as his