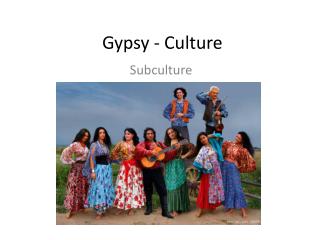 The Outsiders Pop Culture - . popular weapon among gangs due to their ability to flip open on short notice, unlike a

Racism - . what generalizations can be made about race, ethnicity, and culture, and how can these be justified ?.

Building on Roma culture of self-employment to expand employment opportunities - . lessons from france and albania.

Gypsy and Traveller accommodation Part of their Culture and a way of life Clifford Codona - . gypsy lifestyle in uk.