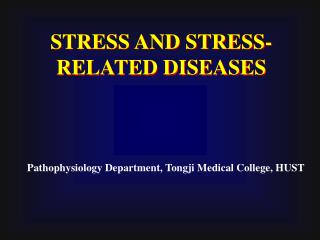 Chapter 15 - . understanding the mechanics of injury. stress. controlling the level of imposed stress is important in

Stress Breakers - . (stress equalizers). in the distal extension rpd support is derived from both the residual ridge and

Chapter 3: Stress and Disease - . by comprehending that human beings are energy, one can begin to comprehend new ways of

LIFE IS SHORT ! - Be careful while crossing roads. life is short !. do not waste it !!. stress management. b.p.patel sde

The Midterm Exam - . hw 2 again. stress and headaches. “ in the study, researchers… found that the greater the stress

STRESS AND FATIGUE IN AVIATION OPERATIONS - Terminal learning objective. action: manage the effects of stress and