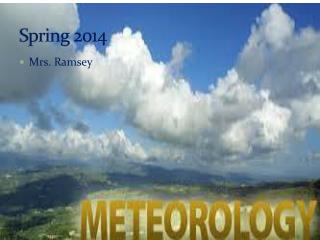 Spring 2014 . Mrs. Ramsey. What to expect…. What is the difference between weather and climate? What causes storms? How can you predict what the weather will be like? What role does our atmosphere play in Earth’s ecology? What makes up the solar system?. Ever seen this?. Or this?. Spring 2014 - Spring was welcomed in the northern hemisphere this week after a long, cold winter for many. the

2014 Spring Craft - . denise renken showed us how to make a mesh wreath, which we could use as is or embellish