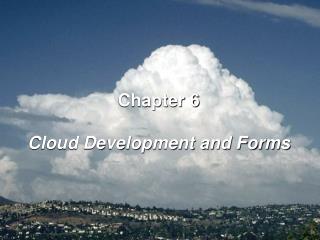 Chapter 6 Cloud Development and Forms. Four mechanisms lift air so that condensation and cloud formation can occur:. Orographic lifting, the forcing of air above a mountain barrier Localized convective lifting due to buoyancy

Falling in Love With Forms [Breaking Development Nashville 2015] - Forms. without them, the web would not be what it is

Falling in Love with Forms [BlendConf 2014] - In this session, we will explore forms from top to bottom, examining how

Chapter 9 - . lifespan development. developmental psychology. what shapes the way we change over time? focus on

Chapter 4 - . intercompany transactions. recap of chapter 1. business combinations can come in many forms if the assets Managed Cloud or Unmanaged Cloud â€“ How do you decide the better cloud model for your IT infrastructure?