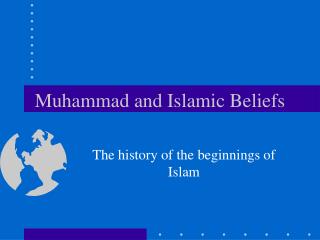 Muhammad and Islamic Beliefs. The history of the beginnings of Islam. Muhammad’s Early Life. Muhammad was born in the year 570 C.E. in the city of Mecca in modern Saudi Arabia In his teens, he worked as a caravan leader on a trade route The Fiqh of Riba - . part 1. the theological underpinnings of islamic finance. according to islamic theological

6! 6! 6! Powerful Reasons for an Islamic Antichrist ! &amp; - . how to overcome by yomi opeola-messiri

Ungodly Beliefs (UGB) or False Beliefs - . we behave and live much of our lives according to what we believe in our