Earth has formed in our solar system - PowerPoint PPT Presentation 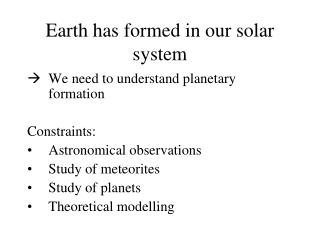 Earth has formed in our solar system Earth has formed in our solar system

ASTRONOMY - . astronomy. well, now that we have thoroughly covered the earth and its origins, let’s discover a bit