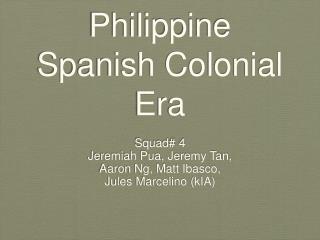 Philippine Music during the Spanish Era - . in what ways and means did the spanish missionaries taught the early

Colonial Era - . colonial era. malaysia was once a colonized land it also classified as one of the commonwealth

Colonial Era America - . an emerging unity. people settling in the new world became known as: the great convergence or

Unit 4 Spanish Colonial - . catholic missions. missions were spain’s main way of colonizing and each mission was

Spanish Colonial Eclectic Design - An old colonial home with a refined taste and a hint of nonchalant vintage charm.

Unit Four: Spanish Colonial - . section one notes – legacy of the spanish missions. where would you build a mission?.