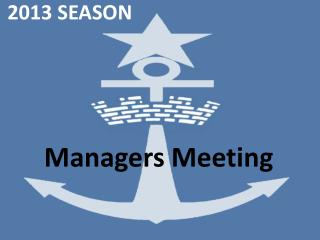 2013 SEASON. Managers Meeting. “True knowledge exists in knowing that you know nothing” Socrates. Respect Rugby What is it?. A program being initiated at NSW Rugby which will enhance the culture of spectator and participant behaviour at all levels of Rugby KETTLE SEASON 2013 - . cascade division. 2013 kettle season. corps/units/service extension will be assembling their own