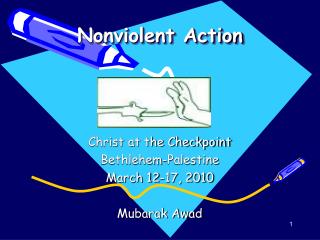 Nonviolent Communication - . what is it?. a type of communication in which the focus is the needs of all involved. the

IWBAT describe nonviolent protests - . civil disobedience. the refusal to comply with certain laws or to pay taxes and

Nonviolent Resistance to the Nazis - . 1.) denmark 2.) norway 3.) the netherlands. denmark. the occupation: invaded the 9

NONVIOLENT COMMUNICATION: A BRIEF OVERVIEW - What is nonviolent communication?. an approach to nonviolent social

Nonviolent resistance to Apartheid 1945-1994 - . by nick jackson. ‘ ‘ probably the largest grassroots eruption of

A Force More Powerful - . 8 examples of the use of non-violence as a tactic to secure peace and justice. “successful”