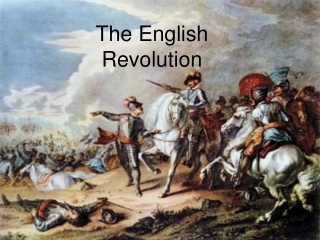 The English Revolution. Tudor Rulers. Elizabeth I. Henry VIII. Henry VII. Tudors: strong rulers Good relations with Parliament Get what they want from them. Elizabeth dies 1603 No children. 1603. Elizabeth. New king: James I From Scotland House of Stuart.