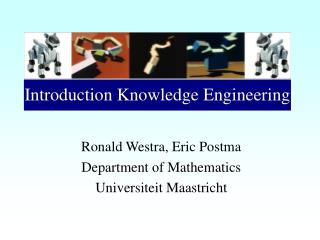 Discrete Mathematics - . study mannual. it is assumed that you have studied basics of mathematics before. the slides in

Using Technology to Address Diversity in the Classroom - I - . valentina aguilar, ph.d. applied mathematics department of

Year 7 Number 1 Homework History of Mathematics - Mathematics did not just happen, it has evolved. for your first maths